The Evolution Of Reading Glasses, From The 1300s To Now 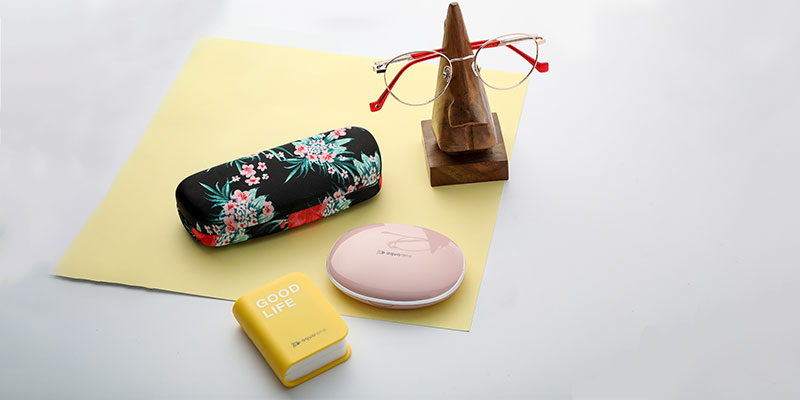 From the first pair of functional eyeglasses to the fashion-forward designs of today, the evolution of reading glasses is a history lesson in itself! The development of glasses as a treatment for imperfect eyesight took place over centuries, with many brilliant innovators paving the path to the perfect vision you get to enjoy today.

Have you ever wondered about who invented the eyeglasses? How did the early eyeglasses look? The invention of eyeglasses is considered a crucial step forward in human history. Here is a glance into history that allowed millions of people to see, read, and perform daily tasks accurately.

The first inventor of wearable glasses is unknown. However, the Arab scholar and astronomer Ibn Al-Heitam (ca. 965-1040 CE), was the first to suggest that smoothed glass can help people suffering from visual impairments. His idea of using parts of a glass sphere for optical magnification was only put into practice many years later when his ‘book on optics’ was translated into Latin in 1240 by the monastic communities. 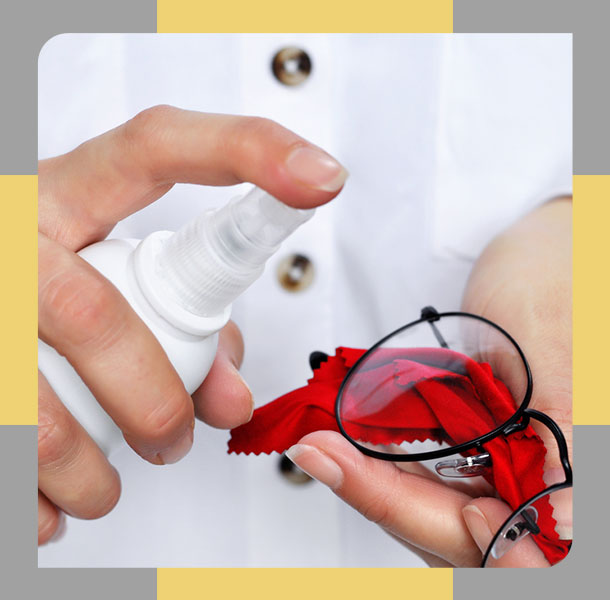 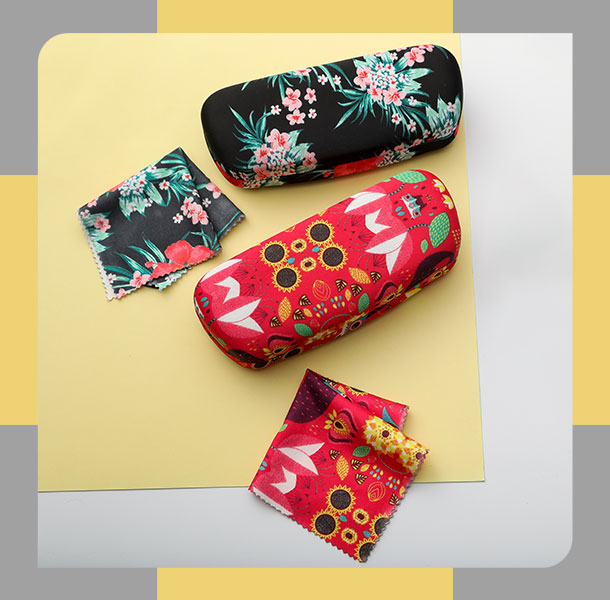 It was in Italy that Ibn al-Heitam’s ideas became a reality. In the 13th century, Italian monks developed a semi-spherical lens made of rock crystal and quartz that magnified letters! This “reading stone” was a blessing for many older monks suffering from presbyopia and grew in popularity as the technology improved through the Renaissance.

The Renaissance saw the rise of artists like Leonardo da Vinci, Michelangelo, and many more. The best testament that these glasses existed is seen in early Renaissance paintings that depicted scholars using handheld frame glasses.

In 1730, Optician Edward Scarlett designed rigid temples for the eyeglass frame that sat atop the wearer’s ears, unlike the earlier versions that affixed ribbons of silk to the frame and looped them over the person’s ears. After this innovation, new designs and product improvements emerged. In 1784, one of the founding fathers of America, writer, and inventor; Benjamin Franklin added to the versatility of glasses by inventing the bifocal lens. This was done by cutting lenses in half and putting them together into one frame and allowed a person with both near and far-sighted impairment to use one pair of glasses instead of two. 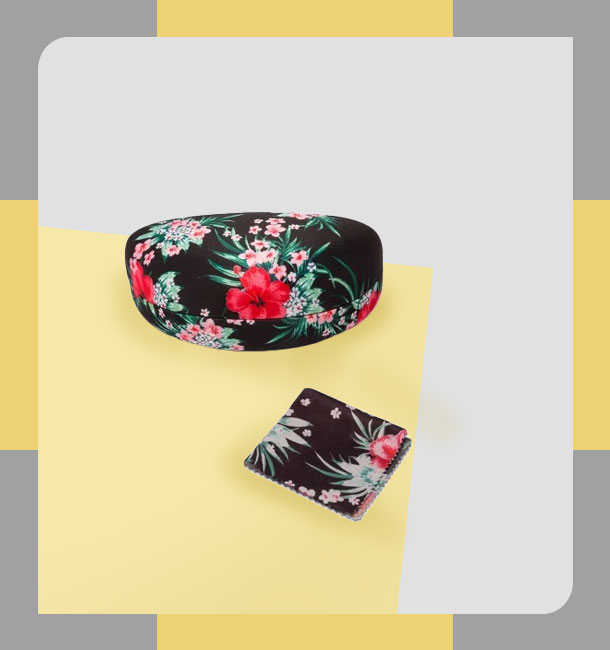 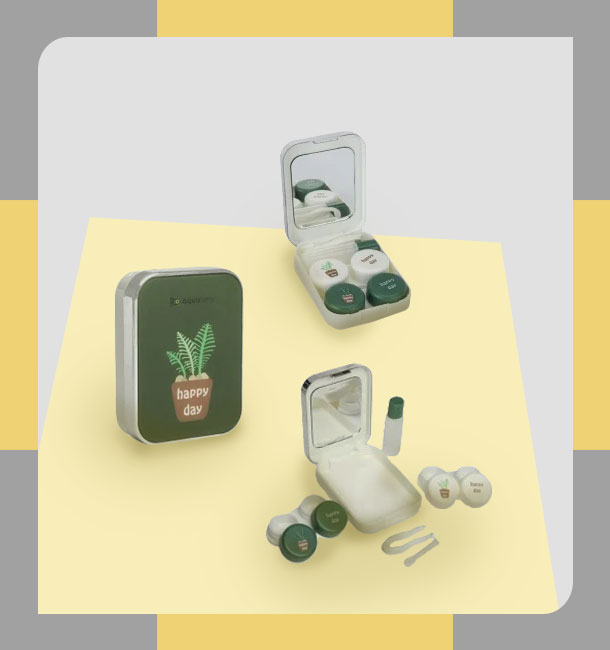 In the early 1800s, another style that became prominent was “scissor spectacles.” These glasses could be stored in the pocket and taken out when needed for seeing something important. Some men did not enjoy wearing glasses full time, so these pocket glasses that could be folded on a hinge like a pair of scissors were a blessing. This can be considered the earliest model of the eyeglasses we wear today.

With the dawn of the 20th century, the industrial revolution brought about the mass production of both frames and lenses. Thus making it much easier for working men and women to obtain the necessary eye correction.

The 1900s saw a rising trend towards making glasses more than just a reading tool. Frames with different shapes, materials, and colors became available for those who wanted glasses to match their eye color or outfit! Most notably, styles changed because of the availability and development of sturdy plastics. 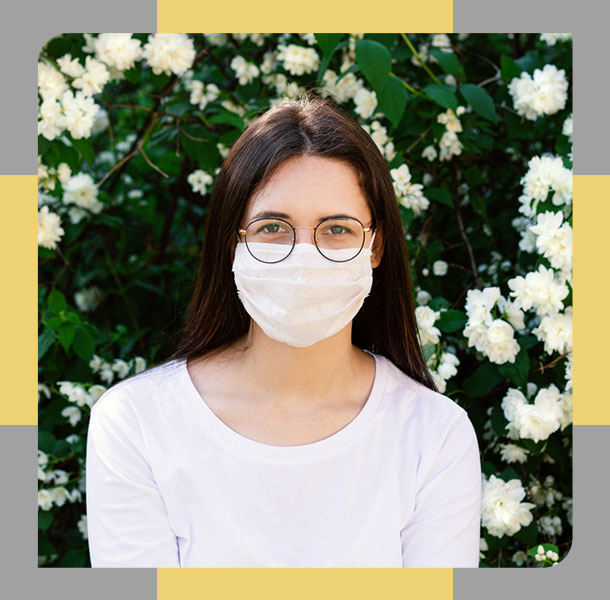 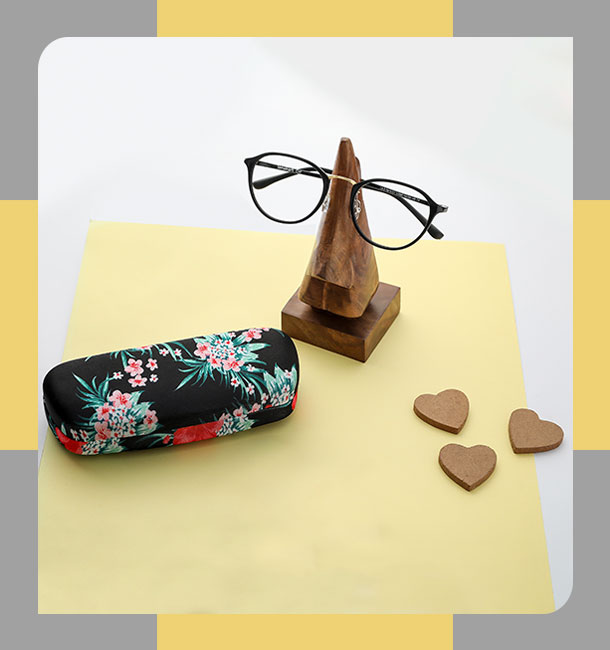 Slowly and unobtrusively, eyewear became part of the swiftly growing fashion industry. Throughout the early part of the 1900s, prescription glasses were the same; round, wire, or tortoiseshell frames in sensible colors. These glasses were small and set close to the face.

During the early ‘40s, eyewear went down a truly fascinating path. Female movie stars started using a pair of glasses as a declaration of beauty with brains. Known as the era of discoveries, many innovations were created in the eyewear field as well. Edward H. Land invented the Polaroid filter, wayfarers were a hit, and the first cat-eye frame was out. Throughout these years, you could spot charming men wearing a pair of clubmaster or aviator prescription glasses.

By 1970, fashion designers and celebrities made an immense impact on the eyewear market! Owing to the hippie revolution, everyone had to have a pair of statement glasses. Wacky colors and oversized round, rectangle, and funky-shaped frames were all the rage. Did you think that the ‘70s were wild? The ‘80s came in with an even bigger and oversized eyeglasses trend. If you love retro fashion, here are the perfect spectacles for you!

The early ‘80s also witnessed the rise of superhero movies in mainstream cinema. Who can forget the OG Christopher Reeves as Clark Kent aka Superman? Even though Clark was a superhero, his eyesight wasn’t that great, so he wore a pair of dashing tortoiseshell square prescription glasses. Everyone wanted to be a superhuman in the ‘80s, and we believe not that much has changed in 2021 either. If your human form also has poor sight, get yourself stylish eyeglasses at Lenskart.

The ‘90s and early ‘02s were such a legendary decade and so were the eyeglasses! Modern technology continued improving glasses with protective coatings that reduce glare and harmful UV light. Big, oversized eyeglasses were still in style, but it was slowly pushed aside by smaller ‘matrix’ style mini eyewear.

Fan of the Matrix-style eyeglasses? We have a couple for you to choose from.

From 2010 onwards, the famous saying ‘Old is Gold’ came back along with retro oversized prescription glasses. People have become more aware now, with so many glasses to choose from both in-store and online, knowing what suits you best can help in bringing out your unique facial contours. Eyeglasses now come with anti-glare, UV protection coating, and most importantly blue light blocking lenses to reduce digital strain.

Whether you are looking for classic eyeglasses that were famous a decade ago or the new trendy neutral tone transparent glasses; at Lenskart, you can choose from retro, classic, modern, and practical styles all in one place.

Live Wire Collection | Top Metal Frames For Leaders At Work
Slay The First Day At Your Job With Trending Eyeglasses
Groom’s Guide: Say ‘Eye Do’ To Fashionable Eyeglasses!
Women’s Day: Empowering Eyeglasses When Your Life Takes a Turn
How To Choose The Right Frame Color For Your Complexion?
Best Eyeglasses For Men With A Round Face