Celebrity Spotlight: Stevie Wonder And His Tryst With Sunglasses 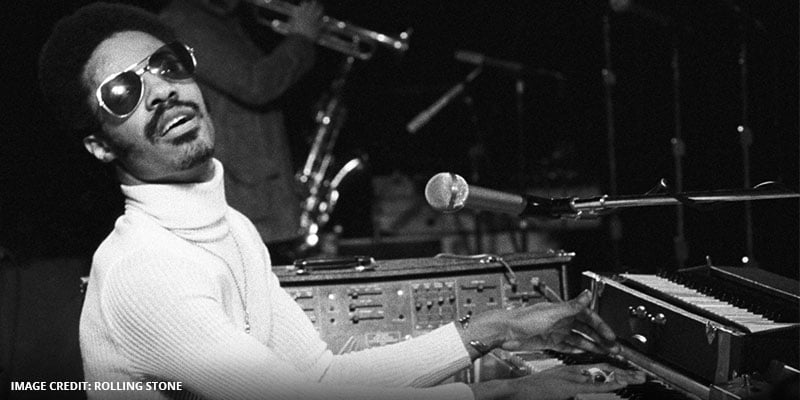 A musical genius and a global icon, Stevie Wonder is truly a wonder to behold! Born six weeks premature, Stevie spent his first few days in an incubator. The excess oxygen in it damaged his vision, leaving him permanently blind. But that didn’t stop him from conquering the music industry and the fashion world. Today, his music is considered legendary and his sunglasses an iconic style statement. 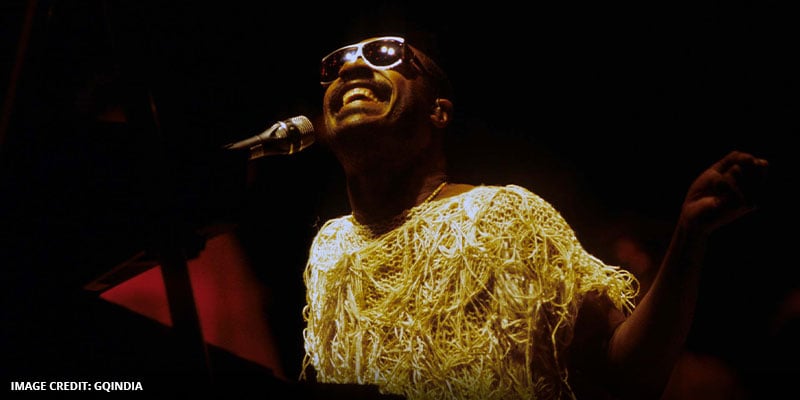 Stevie’s career took off in the early 60s, but it was the 70s that paved his way in the music industry. His music was popular and inspirational for his contemporaries. His songs are among the finest in Pop Music History. In 1972, he toured with the Rolling Stones, introducing him to a large audience. This exposure helped usher in a new imperial phase in Stevie’s music career and fashion sense. His outfits (eyewear included!) were killer back then and became super fly as time passed.

Around the 80s, Stevie was at the top of his career. He won an Oscar for best song and scored a movie for Francis Ford Coppola. Furthermore, he collaborated with talented and famous musicians like Bruce Springsteen and Michael Jackson. Stevie was a Wonder who could do it all!

A few of his looks and the unique sunglasses that went with him everywhere are worth the mention. Today, we look at a trend that’s gaining popularity – retro sunglasses for men.

What was the 1970s without a couple of off-the-chart statement shirts and sunglasses? Well, Stevie had a splendid collection — ruffled button closures, pointed collars, bright colors, and classic black wayfarers. 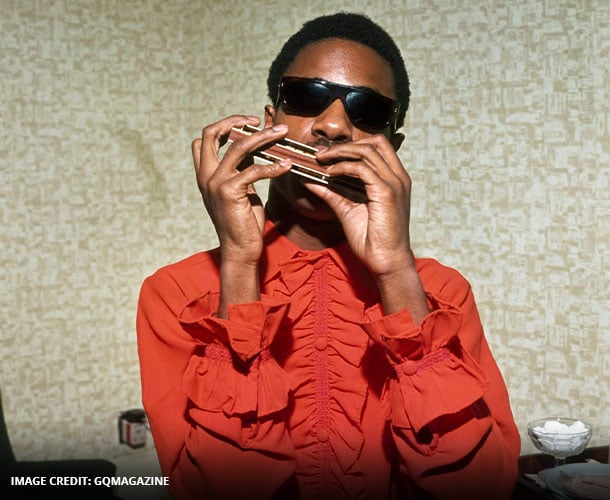 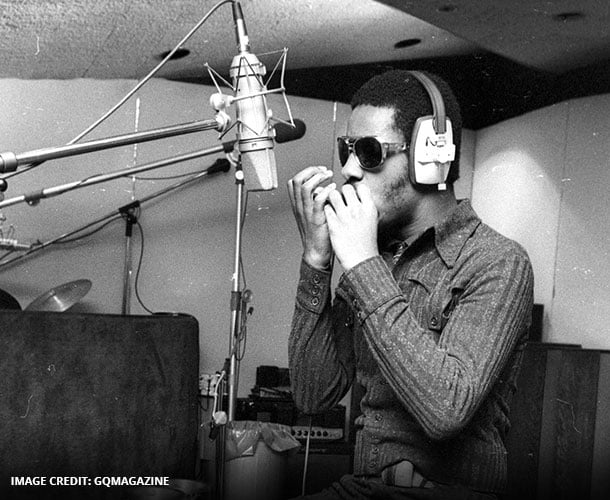 Oversized sunglasses for men, sturdy boots, and a casual two-piece set tied up with a leather belt – Stevie nails a slick silhouette. Can’t wait to re-create this look, right?

His beige ribbed turtleneck, blue-denim-and-beige-suede Western shirt, and the wool baker boy hat safely sit as one of the best combinations in this decade. And why not? Stevie sealed his look with his double-bridge oversized sunglasses for men. 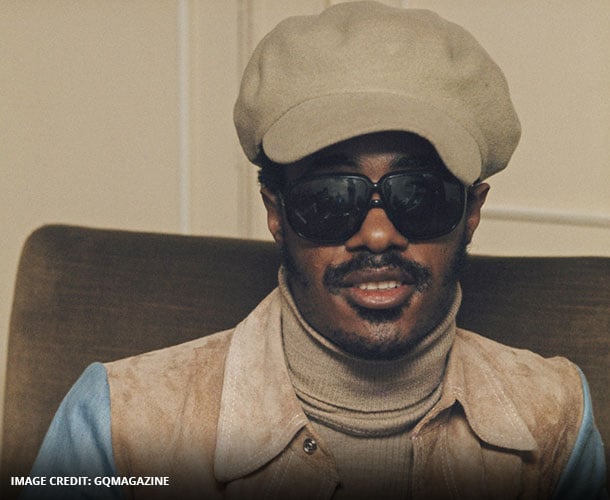 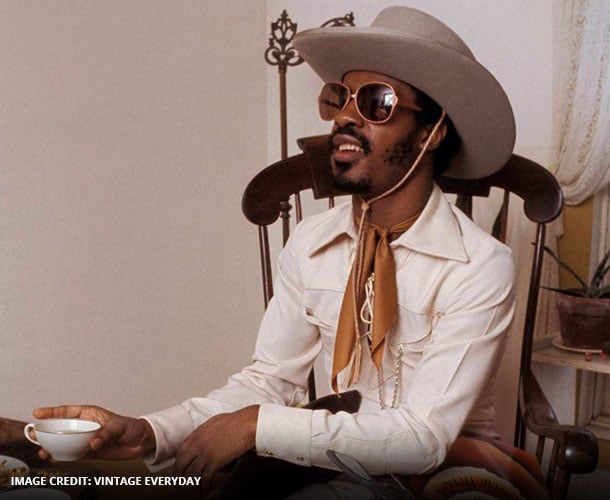 If we know anything about 1976, it is this: It was a very colorful and free-spirited era. And, it was Stevie Wonder who showed the people how to pull off a colorful outfit and have fun with it. Over-the-top shades, denim pants, knee-length boots, and a cowboy hat deserves many praises!

Also Read: Five Music Artists And Their Intimate Affair With Their Sunnies!

While Stevie Wonder’s music took a backseat in the 1990s, his fashion did not. Whether it was award shows or red carpet events, he always made a statement no matter what! Here, Stevie is seen wearing a polo t-shirt teamed with a leather jacket in bright colors, a gold chain, and rectangle sunglasses for men. Tell us if it doesn’t define R&B soul for you? 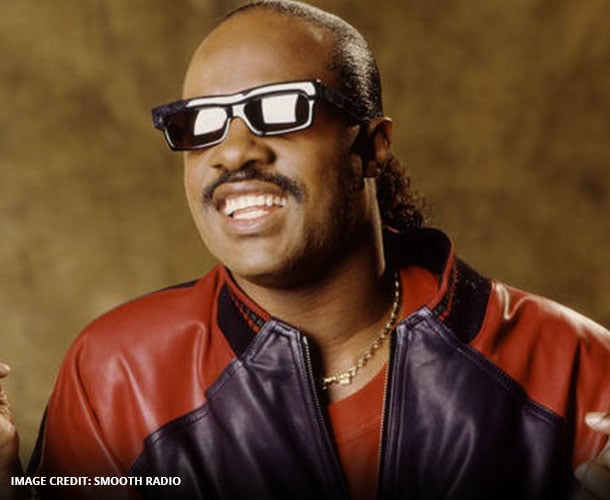 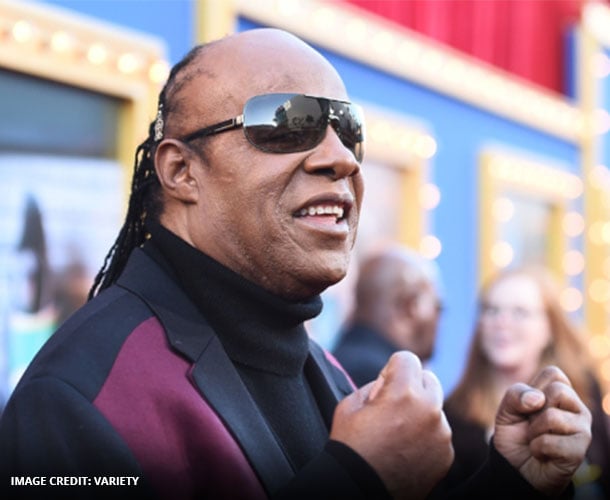 If there is one takeaway from Stevie Wonder’s fashion sense throughout the years, we can say for sure that he rocked colors — shades of black included! He never shied away from trying different kinds of sunglasses. A big thumbs-up! In this picture, Stevie is seen wearing a black turtleneck t-shirt, a black blazer with a touch of purple that stands out, and square sunglasses that portray his prowess as the legendary musician in the American music industry.