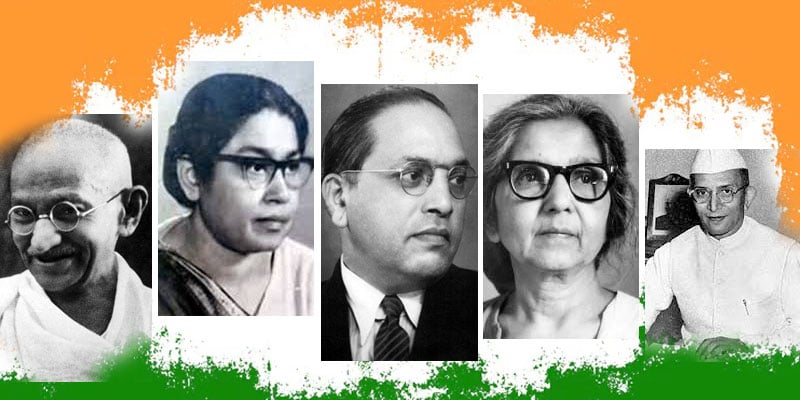 Growing up, bravery, valor, and fearlessness were a few notable character traits associated with Indian freedom fighters. Rightly so, our heroes who fought for independence were the epitomes of nobility and strength. But did you know, the credit for India’s independence also goes a wee bit to each of their styles? Remember the adage, “You are what you wear.” And each of these national heroes had a distinctive style that complemented their strong character.

Talking of style, we cannot miss mentioning how ahead of their time these freedom fighters were. Be it sporting a wayfarer or gold-rimmed round glasses. Let’s find out who wore what in those times, and if you can still get your hands on similar styles.

We cannot talk about glasses and miss mentioning The Great Mahatma, The Father of our nation, now can we? His iconic gold-rimmed round glasses are a favorite with movers and shakers even today. Did you know Gandhiji’s aura still holds sway; an original pair of his glasses sold for a record price of $340K at a UK auction recently! So, you know what that means? This style is evergreen, and you should be ready to jump onto the round bandwagon.

Get it here: Gold Black Full Rim Round Vincent Chase Steel Escobar VC E12423 – C4 happens to be very similar to the actual Gandhi glasses. Why wait? Get your hands on this one-of-a-kind pair and flaunt it like you adore it. Plus, give your eyes a break from harmful glare and UV rays by wearing these. 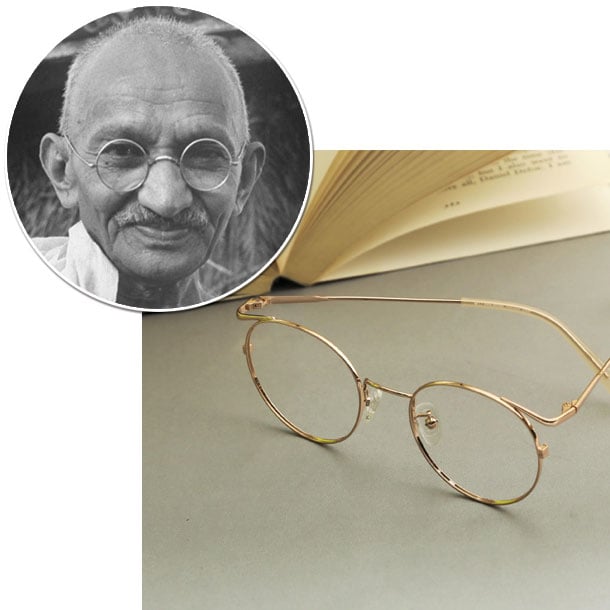 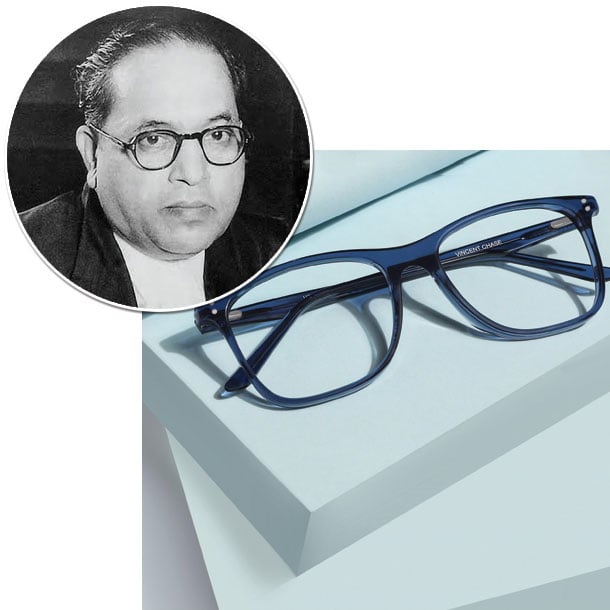 The main man who inspired the Dalit Buddhist Movement, and of course the chief architect of the Constitution of India, B.R. Ambedkar always maintained a smart look. A stiff suit and a pair of thick-rimmed round glasses are what we associate with Mr. Ambedkar. Above all, round-rimmed glasses suit square and rectangular-shaped faces very well. Mix and match with any outfit of your choice, be it business smart or casual to hipster sweaters and hats.

Of the many accolades Sucheta Kripalani bagged in her lifetime, a standout one was being one of 15 women chosen to draft the Indian Constitution as part of the legendary Constituent Assembly. As the Chief Minister of Uttar Pradesh, she was the first woman to hold this position, and one thing that struck us was that she was also one of the first women in India to sport cat-eye glasses back in the day. And we have to say, she carried f the style with great elan.

Get it here: If elegance is what you crave for like Sucheta Kripalani, then these Black Full Rim Cat Eye John Jacobs Rich Acetate JJ E12564-C1 Eyeglasses are something which will suit your taste. 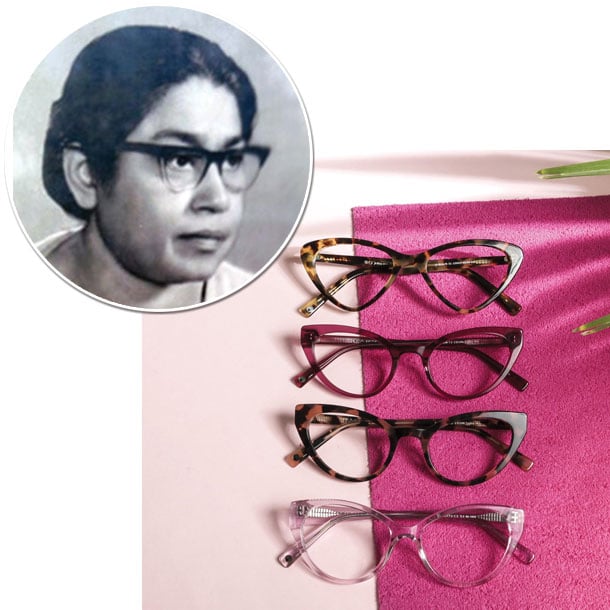 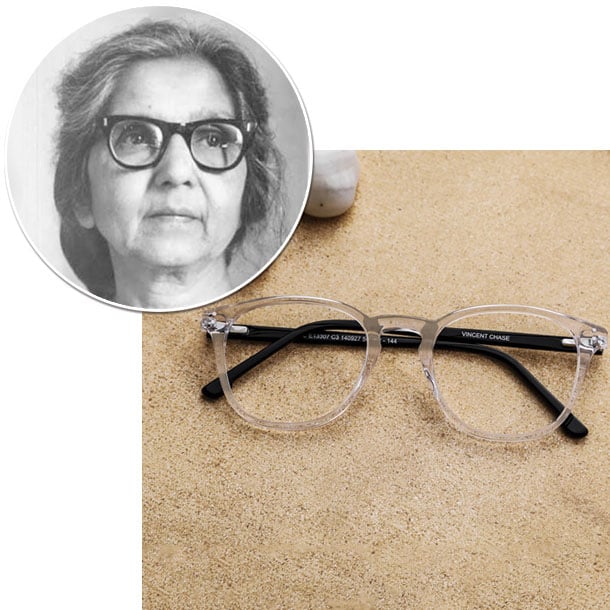 Known as the terrific old woman of the autonomy movement, Aruna Asaf Ali pioneered the Indian National Congress banner at the Gowalia Tank Maidan in Bombay during the Quit India Movement. Apart from being a total boss babe during the independence struggle, she also organized political prisoners and protested against their ill-treatment in prison. Only a woman with a magnanimous caliber could pull off something as graceful as a pair of round transparent glasses. Alternatively, she also wore cat-eye glasses most of the time.

Get it here: Show off your patriotic side in these Silver White Full Rim Round John Jacobs Supreme Steel JJ E13464-C3 Eyeglasses and radiate utmost grace just like our favorite Aruna Asaf Ali.

An activist and the fourth Prime Minister of India from 1977-79, Morarji Desai had a warm personality and was known for his impeccable sartorial sense during the Indian independence movement. Tall, dressed in a white kurta and pajama, and the Gandhi cap, he signified the principles he stood by. Adding to his accessories, rectangular rimmed eyewear was his constant.

Get it here: Wondering if such a frame style would suit you? Try the 3D-try on a feature on Lenskart with these glasses Black Gunmetal Full Rim Rectangle Lenskart Air Clip-on VC E11870-C1 Eyeglasses What’s there to love about this pair? The clip-on feature! Use it as eyeglasses and when you decide to explore the sunny outdoors, flip and switch to a pair of sunglasses in the most flattering rectangular frame style. 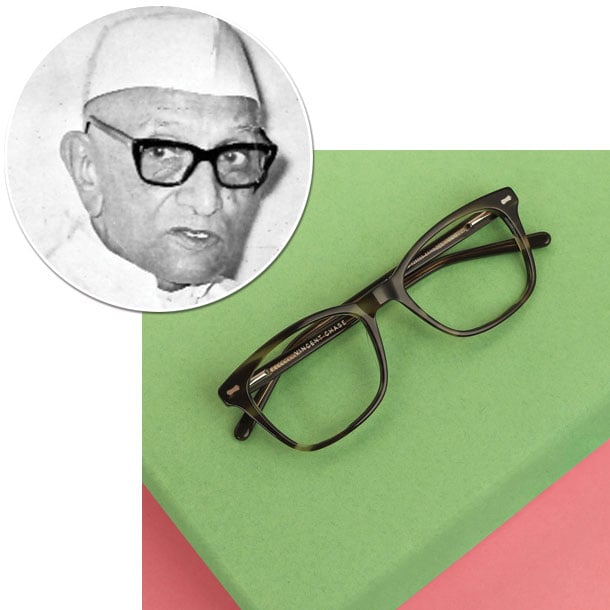 Live Wire Collection | Top Metal Frames For Leaders At Work
Slay The First Day At Your Job With Trending Eyeglasses
Groom’s Guide: Say ‘Eye Do’ To Fashionable Eyeglasses!
How To Choose The Right Frame Color For Your Complexion?
Best Eyeglasses For Men With A Round Face
5 Unisex Eyeglass Frames That Work For Everyone