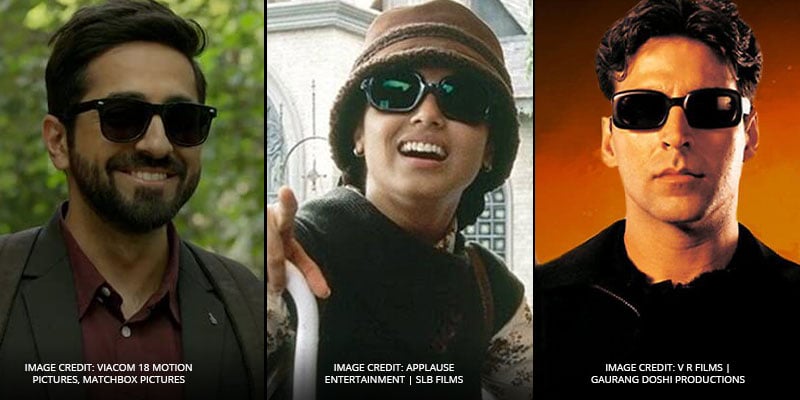 More often than not we take our eyes for granted and often ignore the importance of preventive eye checkups. Every year there are dedicated days like World Sight Day and Vision Awareness Month to educate and enlighten us about its importance. Furthermore, these days also put the spotlight on preventive measures for visually impaired people. But is it enough?

Some Bollywood movies have created insensitive and light-hearted comedies around blindness, while some films have put blindness front and center through their remarkable protagonists and captivating storyline. Let’s dig into the list of four best Bollywood movies of all time that prominently feature a blind character, mostly as the protagonist.

A movie ahead of its time with a super-engrossing storyline. Andhadhun is a one-of-kind thriller! Ayushman Khurrana plays the character of Akash who is a blind pianist. His impairment has a lot to do with how the story unfolds as he gets embroiled in the murder of a former film actor that ends with a plot twist. Every detail of the storyline is gripping enough to not take your eyes off the screen and one such detail is Ayushman’s sunglasses. Yes, it’s a little cliche for a blind protagonist to wear dark sunglasses throughout the entire film (only for aesthetic purposes). But these sunglasses added to the mystery of whether or not the pianist is actually blind. So besides the walking cane, the stylish wayfarers also establish that he’s blind not only in the mind of other characters but also in the audience. What a brilliant way of using an accessory!

Kaabil is a painful love story of two visually impaired people who start a journey together but meet the unexpected. The turn of events that follow in this thriller drama gives us moments of genuine shock and gripping emotions. In fact, the movie quite beautifully explains the power of our mind that stimulates all the other senses to be super-operative when one of the five does not work. Not a single frame looks out of place. Although you may have your mind wondering about the reason behind Yami’s stunning pair of oval sunglasses – very on-trend even today. But if you recall the premise, you would notice she only wears it in one particular event. She only wears sunglasses during a grand Ganpati celebration to protect her eyes from the splashing brightly colored powders and flower petals.

A blockbuster of a movie that engraved its existence in everyone’s heart. The relationship of a deaf, blind, and mute person (Rani Mukherjee) with her teacher Amitabh Bachchan enlightens many soul-touching moments of life. With plausible acting of the entire cast, comes the visual aesthetics of this movie that needs mentioning. This time, Sanjay Leela Bhansali shifted from his extravagant choice of set and costume to bring a more artistic touch through dark-colored sweaters and knit beanies. The wardrobe choice rightly depicts the darkness in Rani’s character’s life including her dark but oversized eyewear choice. Pay tribute to this brilliant piece of art with Vincent Chase Grey Full Rim Round Sunglasses which is a closer match to Rani’s eyewear in Black.

A group of visually impaired people robbing a bank? Inconceivable, right? Amitabh Bachchan who played the antagonist tries to defy that exact notion. Aankhein is a heist thriller where AB brings together three blind men to rob the bank he once worked at. Thinking that blindness would be the perfect alibi and nobody will ever doubt them was brilliant. But how can he establish that the three characters who entered the bank are blind? By a cane stick, of course, complete with dark sunglasses that cemented and punctuated the impression.