FRIENDS Reunion: Top Eyeglasses For The FRIENDS Character In You 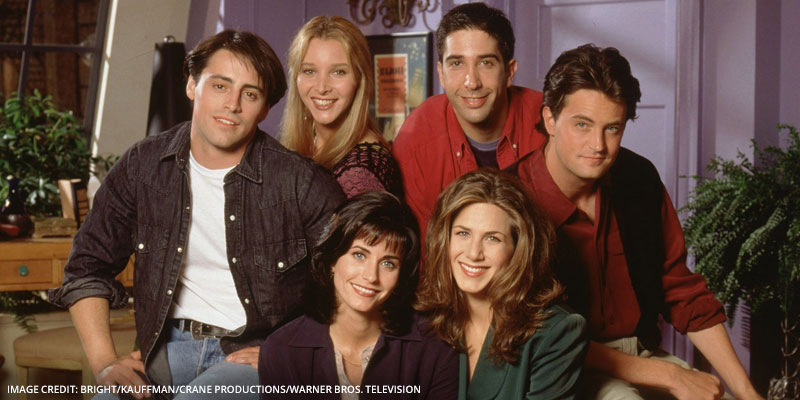 If I had to name one show that I never agreed to watch earlier and now I love to bits, it has to be FRIENDS. This show changed my life forever and I’m sure there’s not a single soul out there who would dare to disagree with me right now. From the title track “I’ll be there for you” to every single catchphrase like “How you doin?” or “Oh My God!” I am a fan. There so much that one can relate to like Monica’s OCD issues to Rachel’s silly relationship problems.

FRIENDS has been an evergreen show not only in the ’90s but even today. I’ve watched all 10 seasons and 236 episodes for the fourth time in a row now and it never gets boring. Chandler’s sarcasm and Phoebe’s quirky songs, especially the ones she sang to the kids at a play school still make me laugh out loud. This and so much more, I can go on for hours talking about how much I love each character but today I’m going to do something different and fun, any guesses?

With everyone talking about the FRIENDS reunion which will be soon aired on HBO Max on the 27th of May I thought why not celebrate this big day with something really special for our Lenskart fam. So to make this event a more memorable one I’ll be talking about what kind of eye glasses would suit a fan based on the character they most relate to.

We all have a Chandler Bing in our lives and if you think you’re one, this one’s for you. If I’ve ever seen a character evolve so much, it has to be Chandler. From his heightened fear of commitment to falling in love and finally marrying Monica and then willing to have kids, this guy truly won my heart.

Also, if some of you haven’t noticed, Chandler starts wearing eyeglasses in the seventh season of the series and it absolutely compliments him. So, if I had to pick something for the Chandler in you, it would be a pair of round, full-rimmed eyeglasses.

Glamorous Cat Eye Glasses For The Rachel Green That You Are

Right from episode one, Rachel Green as a character has been setting up real fashion goals for me. The once spoiled brat transformed herself with each passing episode and I absolutely love that about her. From merely waitressing at Central Perk to being an Executive at Ralph Lauren, this character has been an inspiration to so many. Leaving Barry at the altar was probably one of the best decisions taken by the character.

If you can relate to Jennifer Aniston as Rachel Green and you feel you both have a lot in common, I have some really cool eyeglasses suggestions for you. Out of Lenskart’s massive collection, my personal recommendation for the Rachel in you would be something fun yet classy, fashionable and trendy just like her character. And so after a lot of thinking here’s what I’ve got for you – a pair of elegant and chic cat eye glasses.

Up Your Flirting Game Like Joey Tribbiani With These Aviator Glasses

If you think that you’re truly Joey Tribbiani, can you guess the number of times he said “How you doin?” in all of the 10 seasons, collectively? This is a test, to find out how well you know the character. If you’re able to guess the right number or are even close to it, you can consider yourself a true Joey fan.

Well, the not-so-witty Joey who always charms the women is one of my favorites among the guys, only because of his loyal and caring personality. Despite his flirtatious nature, when it comes to his friends, he’s just an ordinary guy, having his own share of struggles with his auditions. Also if you remember “Joey doesn’t share food” so if you can relate to the character here are some of my eyeglass recommendations for the Joey in you.

Rimless Glasses Frames For The Hyper Energetic Monica Geller In You

Monica’s cleanliness is beyond preference, it is a passion, no wait, it is an OBSESSION. She loves organizing things and likes it the way it is. Do not judge me, but I can relate to her the most. I just cannot see things move from where I kept them and my kitchen is my department – I like it squeaky clean (yes I KNOW… I am the Monica Geller in my family) and if you’re one too you’re going to love what I’ve picked for you. Just to keep it simple and sophisticated like Monica, I personally feel rimless glasses are just what you need to complement your inner Monica Geller.

Get The Ross Geller-like Nerdy Look With These Wayfarers

I’ve got not just one but several words that remind me of the character ‘Ross Geller’ – nerdy, paleontologist, clumsy, not so lucky in love, married to a lesbian, three divorces (oh poor Ross). He’s probably the only male character on the show who wanted a serious relationship and a marriage of course but sadly that never happened, we still love him nonetheless.

Quirky, sometimes weird, the best masseuse and the lyricist of the popular number ‘Smelly Cat”, yes I’m talking about Phoebe Buffay. If you look at her character closely and have really watched the show religiously you’ll know that she didn’t have a childhood like the rest of the gang. She had a rather tough life – from living on the streets to her mother committing suicide, her stepdad in jail and her dreadful twin sister Ursula, she’s faced it all. And I feel it is this that makes her the strongest amongst the lot.

Phoebe never really had a serious, long-term relationship even though she never minded having one, except for Mike who she ended up marrying in a truly magical setting. Although her lifestyle and fashion choices weren’t the best, she never failed to be a good sister and friend. So to celebrate her simple lifestyle here are some of my personal favorite eyeglasses frames for women that scream Phoebe Buffay. Let’s take a look.