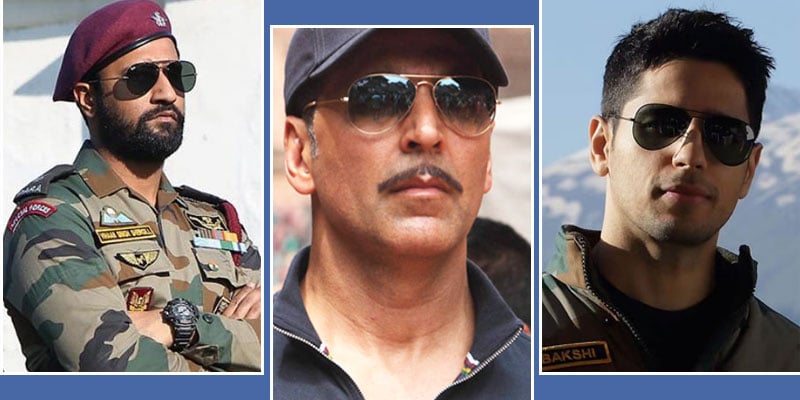 As we celebrate Republic Day this year, we flip channels lounging on a cozy couch, debating which patriotic saga to watch. This brings to mind some of Bollywood’s best patriotic movies. Although, not sure if ‘how’s the josh?’ won Vicky Kaushal the Best Actor Award for Uri or that rugged pair of Aviators. Have you ever noticed how sunglasses have been instrumental in portraying rugged army characters? Rarely. In fact, Aviators have their whole history of how it was specifically designed to block the blinding glares from the sun for pilots to perform better in action. Real or reel—Aviators have been your all-time sun-protectors, often used to up the ante in the luxe and style of army and cop film roles. Talking about cop roles, remember what had inspector Chulbul Pandey’s back (like, literally!) the entire movie? Yes, a chichi pair of Aviators again! So, who better than Bollywood’s leading men to look to for style cues? Join us as we surf through the past years where Aviators elevated the josh of our reel life heroes.

We look up to the uniformed guys for style-inspiration, don’t we? Even in the two-hours-twenty-minutes engrossing saga, the modern metal accents and the double brow detailed aviators rocked by Major Vihaan aka Vicky Kaushal in Uri were impossible to miss. Certainly, the uniform looks rad but it would be incomplete without those slender sunglasses and that suave sweat bar. Check out the Gold Brown Gradient Full Rim Aviators by John Jacobs for this stunning style steal; an amazing fit if you’ve got a prominent forehead. This polarized pair is nothing less than a coveted badge to flaunt for today’s men on both – the battlefield and style streets. 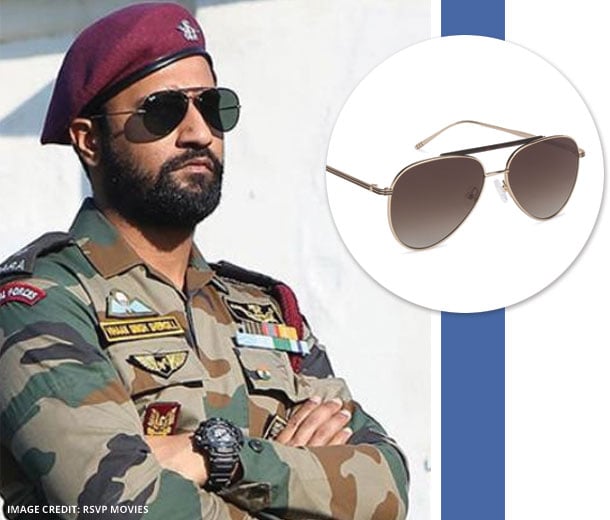 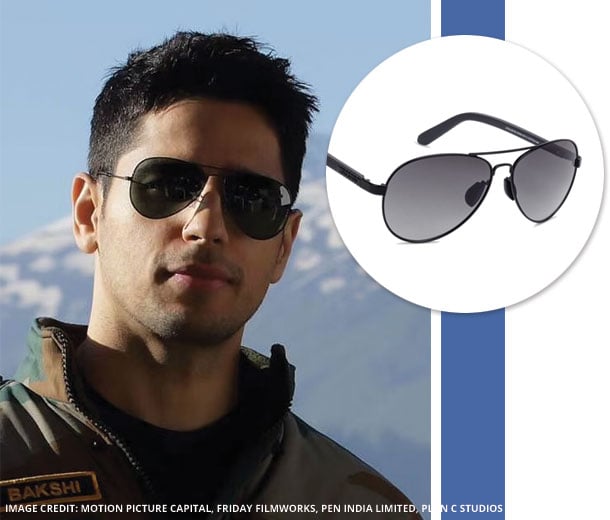 A pair of Aviators can be the most badass thing on a captain’s face. Here’s a snap of Captain Jai Bakshi aka Sidharth Malhotra from the movie Aiyaary whose slinky teardrops almost took over the lead role. Just kidding! Are you saying that you’ve been longing to achieve the exact look but unable to find the perfect sunnies? Well, on display is the Black Grey Gradient Full Rim Aviator by John Jacobs that features the exact subtle double brow boost. Hemmed in by thin black metal eye wire, the UV protected lenses are supported by carefully designed wide temple arms for all-day wear.

Ashwat Raina aka John Abraham’s powerful performance teamed with a pair of doozy Aviators wowed fans and scored new ones as he valiantly pulled-off the revered uniform in Parmanu. For such an unparalleled pair of aviators, look no further than the Matte Gold Brown Gradient Full Rim Aviator by John Jacobs. It features a uniquely engraved nose bridge, subtly etched temples, and warm tortoiseshell temple tips to counterbalance the gold finish. What’s more? It comes with UV protected lenses and adjustable soft nose pads for a snug fit. 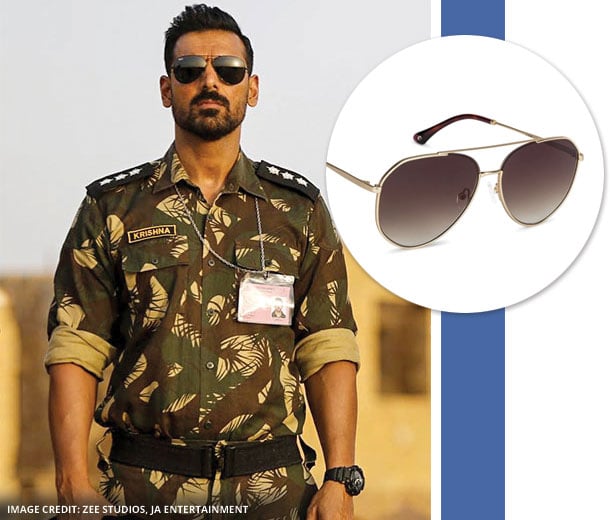 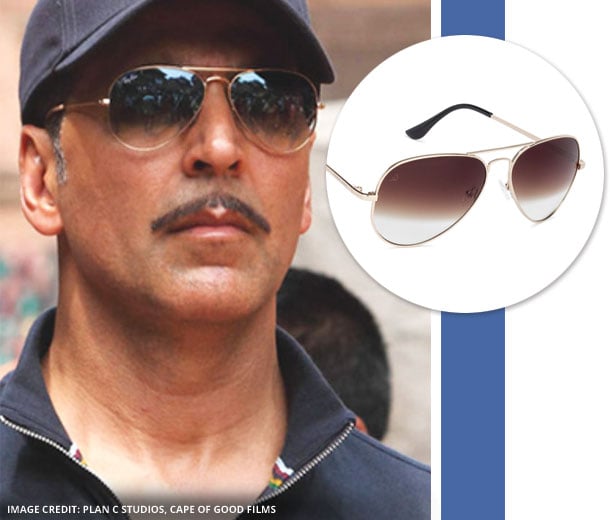 We can’t really agree more to the old military dictum that says—if you’re dressed like gentlemen, behave like one! Something that we witnessed in Naam Shabana through Prithviraj Sukumaran aka Akshay Kumar’s character. But what added more charm to his chivalry and discreetly helped him uncover the jaw-dropping revelations were the classic cool pair of Aviators with gradient oval lenses. Find the same level of stalwart with the premium Gold Black Brown Gradient Full Rim Aviators by Vincent Chase. Following the new wave of thin nose bridge fashion, this pair also features a top bar supported by sleek metal rims. And the brushed skull-styled temples are tipped in soft silicone for utmost comfort.

As Ajay aka Akshay Kumar heads the trial unit on a covert operation in Baby, his battle-ready Aviators add the right amount of cool to his patriotic sentiments. Men seeking the same rebellious reputation can check out the versatile Purple Brown Gradient Full Rim Aviators by Vincent Chase. Its dainty double nose bridge and the elite gold metal finish adds to the character of a soldier. The signature rivets and sophisticated temples are perfect for pulling off pop as well as military-style looks. 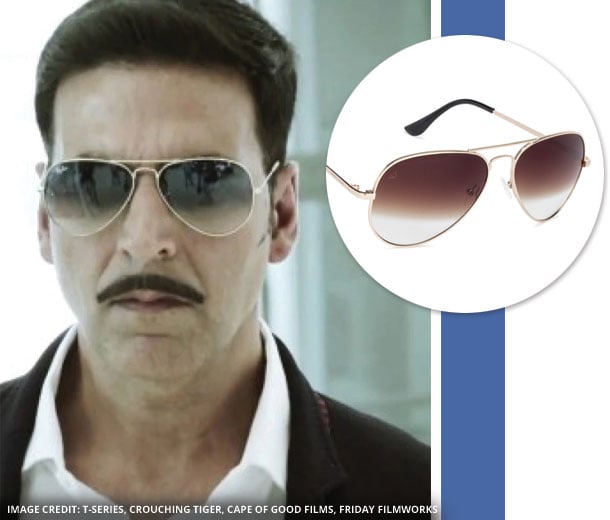