We recently celebrated Mother’s Day and showered our beautiful mommies with tons of gifts and love but it’s now time to show that same love to the best ever man in our lives. Yes, I’m talking about our dads, the first man we loved and probably the only man on Earth who loves us unconditionally. This Father’s Day, let’s come together and celebrate the only hero we look up to. He may have several names – daddy, dad, dada, pops, paa, papa (the list is endless) but the amount of love he showers upon us cannot be measured. Yeah sure, he may get mad at you sometimes or may seem emotionless as well but trust me he’s way more sensitive than you think, probably even more than you; I realized this the day I got married. Trust me, I’ve never seen my dad cry before, all those hidden emotions made me realize what I mean to my father.

This is what my dad is to me; 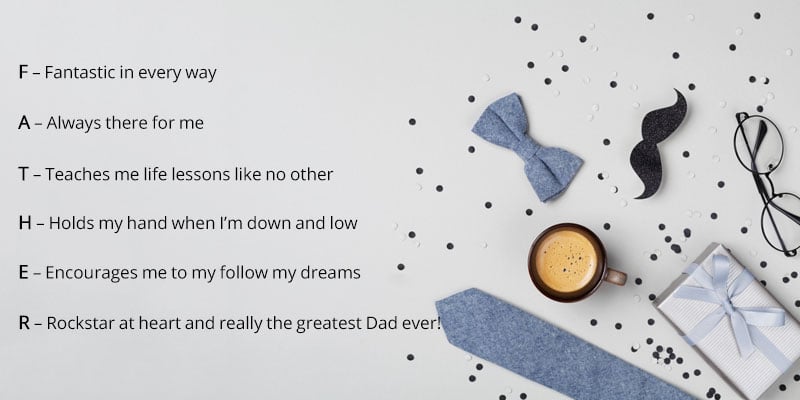 So on this occasion of Father’s Day, I’d like to pay tribute to all the super cool dads out there including some of our very popular celebrity dads who’ve set a beautiful example for all the new dads-to-be. They’re not only incredible as fathers but have an exceptional sense of fashion and we’re here to show you that.

Here are some of my favorite and of course, the coolest dads of B-town flaunting their super cool sunnies:

Big B aka Amitabh Bachchan is one of my favorites of the lot. I’ve always admired him for his exceptional acting skills, his sense of humor, and the way he presents himself. The role of a father that he played in the movie ‘Piku’ always reminds me of my own father – stubborn, anxious yet so very protective of his daughter. Amitabh Bachchan not only is a great father on-screen but off-screen as well and that’s so evident. His children Abhishek and Shweta are proof of how good a father he is, in real life too. His sense of style too is something that makes me admire this man a little more. It’s not too fancy, yet so classy – check this out to believe it.

King Khan aka Shah Rukh Khan is truly the King of Bollywood. He gave us some of the most remarkable and iconic films in Bollywood, films such as DDLJ, Don, Devdas, Swades, My Name Is Khan and more. But aside from being such a brilliant actor on screen, SRK is also known for being one of the coolest dads in B-town. The way he gets along with his children, Aryan, Suhana and AbRam, is just incredible. And I must say that his kids have turned out to be just like him and his wife Gauri Khan. Be it good looks or their sense of fashion, they get it all from their one-of-a-kind father. Screw age, this man’s a style icon for millions, don’t believe me yet? Here’s proof.

Hrithik Roshan is by far one of the most talented actors in Bollywood and no one can take that away from him. From the exceptional acting skills that he inherits from his father to those impeccable dance moves, this man nails it all. But apart from being a phenomenal actor how is he as a father? In my opinion, he is just as brilliant. He shares a great bond with his sons, Hrehaan and Hridhaan, and I’m sure they’ll grow up to be just like their father. Along with being a great actor and an amazing father, Hrithik Roshan is also known as one of the classiest and timeless actors who never seems to go out of style. He has and continues to introduce new fashion ideas and trends to the industry, and when it comes to cool accessories, he totally rocks the aviator style.

The Pataudis never fail to make a mark in Bollywood in terms of style and as far as I can recall they’ve always been on top of the game when it comes to fashion. Saif Ali Khan is one of the most prominent personalities in the Indian film industry and is also an excellent father. Sara, Ibrahim and Taimur have learned a lot from their father dearest, including his fashion sense that has evolved exceptionally over the years. He went from the boy next door to the debonair Nawab of Bollywood and I absolutely love that about him. In this picture, the Nawab is spotted wearing a pair of brown gradient rectangular sunglasses and to be honest, he looks hot AF.

One of my favorites of all the Khans in Bollywood. Yes, I admire this man completely for not just his brilliant choice of films but also for being an exceptional human being. I remember watching ‘Satyamev Jayate’ on television, this show helped many unsung heroes of our society. Films such as 3 Idiots, Dangal and Taare Zameen Par were not just mere stories made to entertain, they also taught us a lot. While the actor has truly set an example to aspiring actors, how much do we know of him as a father and as a style enthusiast? If you ask me, I’d say he is brilliant as both. Surely, his kids would be super proud of him and would want to be like him someday. While scrolling the actor’s Instagram handle I accidentally came across this absolutely stunning picture of him wearing these super cool round sunnies and I’m awestruck. If you think round sunnies are not meant for men, he clearly busted that myth.