Common Vision Problems In Kids And How To Identify Them 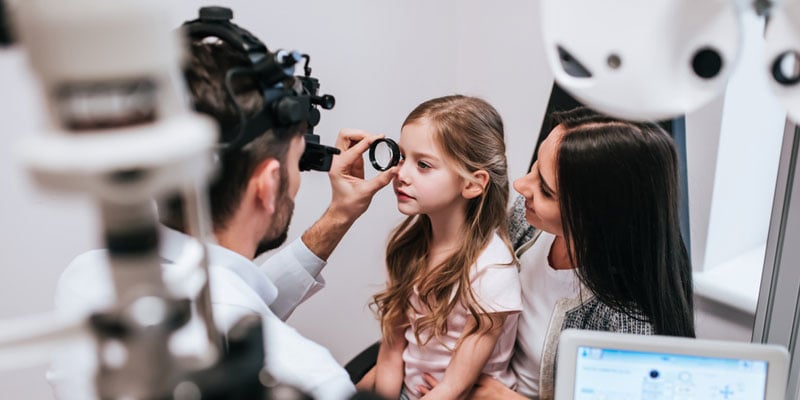 A top concern for parents around the world is their child’s eye health and vision. But while the most commonly reported eye problems in kids under 12 years are allergies, weak eyesight, and myopic vision, a recent study revealed that only 46 percent of Indian parents get their kid’s eyes tested regularly! So we wanted to get to the bottom of this and educate parents on some common vision problems that affect children and their early warning signs.

Dr. Laxmi Cherungottil spoke to Lenskart on visual conditions such as refractive error, binocular vision dysfunction, and squint commonly seen in children. She also shared that scheduling regular eye check-ups for your children can identify common vision problems and treat them in time. 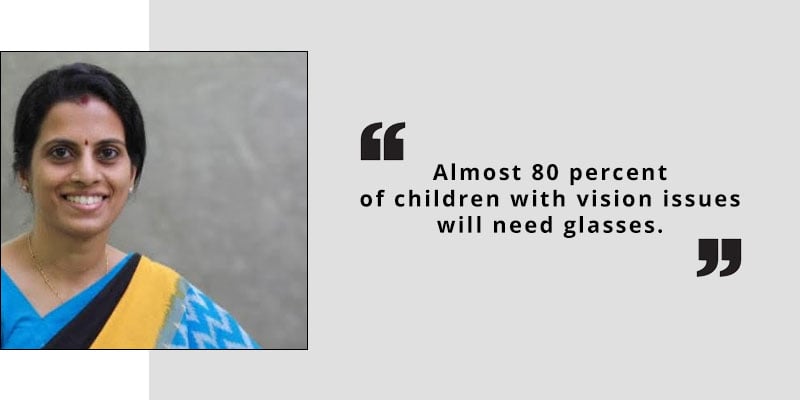 When Should Parents Schedule Eye Examinations For Their Children?

Parents often seem to miss the early warning signs of vision problems. According to Dr. Cherungottil, “Every child by the age of three or four should undergo eye screening.” An eye check-up proves instrumental in finding out whether the child is suffering from any conditions like refractive errors or squinting. “Pre-term children’s eyes should get special attention, especially if one or both parents have refractive error conditions,” Dr. Cherungottil emphasizes.

Factors That Prompt A Visit To The Eye Specialist are: 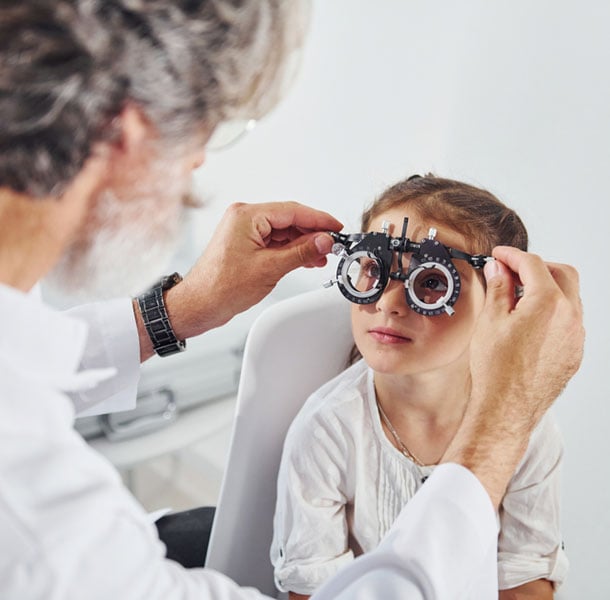 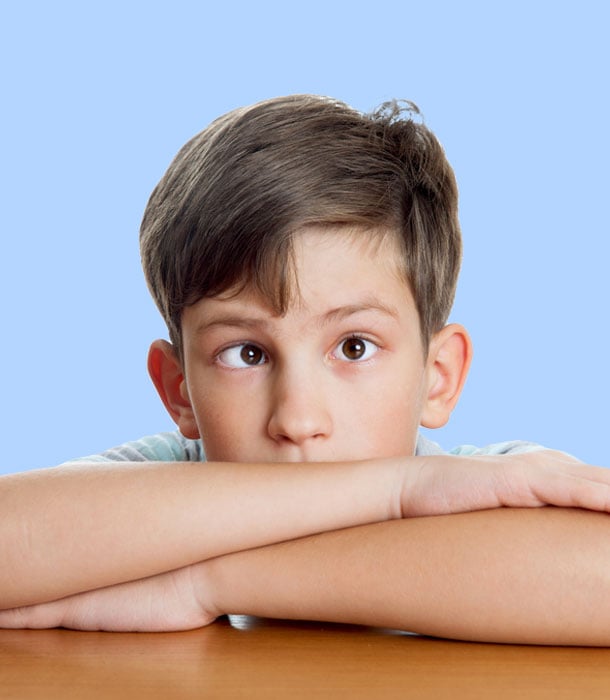 How To Identify A Squint Or ‘Lazy’ Eyes

Here’s how you can figure it out. “In the first two months from the date of birth, an infant’s eyes may appear crossed or wander out to the sides. This is usually normal. As visual coordination improves, the baby’s eyes will work together to focus and follow a moving object. If you do not notice this happening consistently from birth by the time your child is three months old, talk with your pediatrician or ophthalmologist,” explains Dr. Cherungottil. Don’t just speculate and let the condition develop strongly through the years. Instead, book an eye-screening appointment as it’s a serious sign that the child may be developing a squint (strabismus).

However, vision problems such as a lazy eye (amblyopia) may have no warning signs, and your child may not report vision problems. That is why it’s crucial your child’s vision is regularly checked. Typical symptoms include poor depth perception, difficulty catching and throwing objects, clumsiness, squinting or shutting an eye with other regular signs like strain, tilt, and fatigue.

A sign to watch out for: If your child cries or fusses when you cover one eye, he/she may have lazy eyes.

What are the commonly occurring eye conditions in children? Dr. Cherungottil tagged them as: 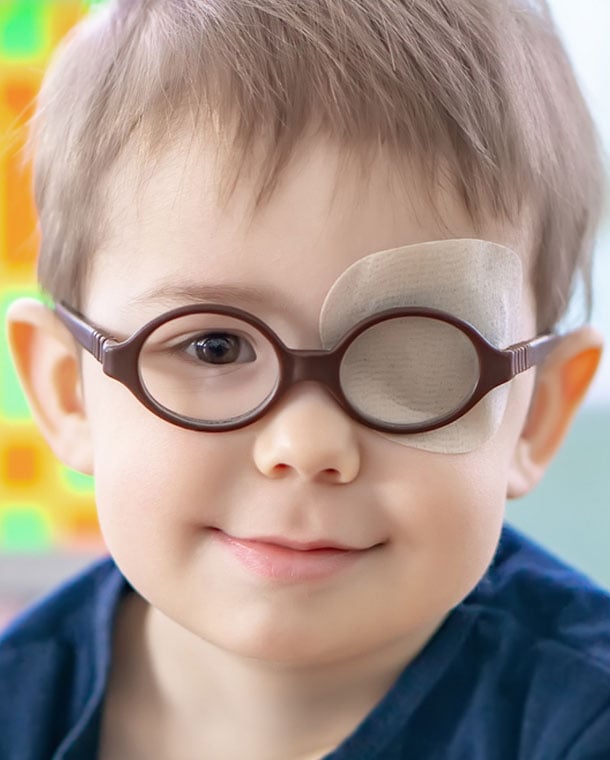 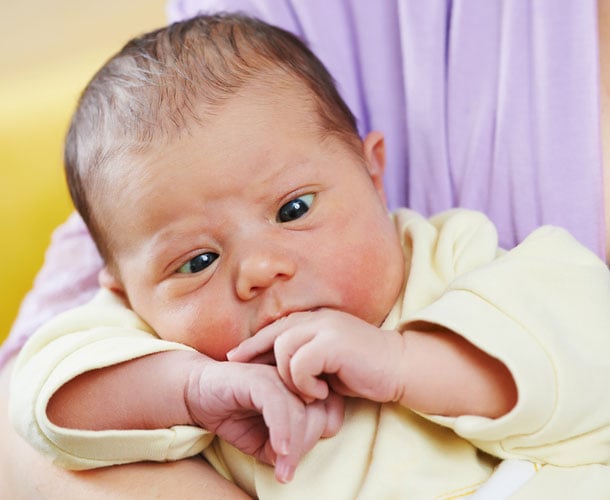 Still Unsure Whether Your Infant Or Toddler Has Vision Issues?

Dr. Cherungottil says, “Watch out for misaligned eyes or one eye that looks straight ahead while the other eye turns inward, outward, upward or downward. This may indicate a developing squint condition. The ability of both eyes to focus on an object simultaneously continues to develop until about age seven to eight. Be sure to seek evaluation early if you suspect a problem.”

“A child usually makes eye contact with the mother and smiles, if there is a development issue like delay in crying, it can be a tell-tale sign; mostly identified by grandmothers and mothers,” explains Dr. Cherungottil.

The signs of vision problems in older children remain the same. Dr. Cherungottil explains, “It is observed that when school-going children are seven to eight years-old, they experience difficulty seeing distant objects like the blackboard, it is often a sign of defective distance vision. In fact, it is easier to evaluate this age group through alphabet charts, as they are well versed with them.”

Most parents worry whether their children need glasses? Dr. Cherungottil reassures that not all vision problems require glasses. She states, “Refractive errors need glasses to aid vision correction. But for binocular vision dysfunction (BVD) glasses may or may not be needed as it can mostly be treated with (eye) exercises.” 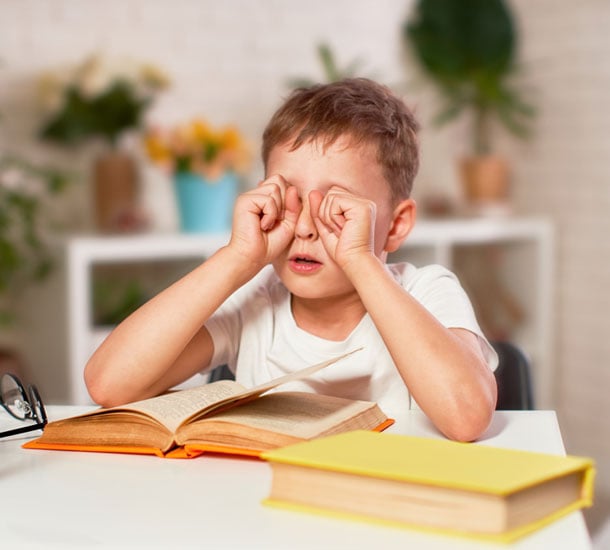 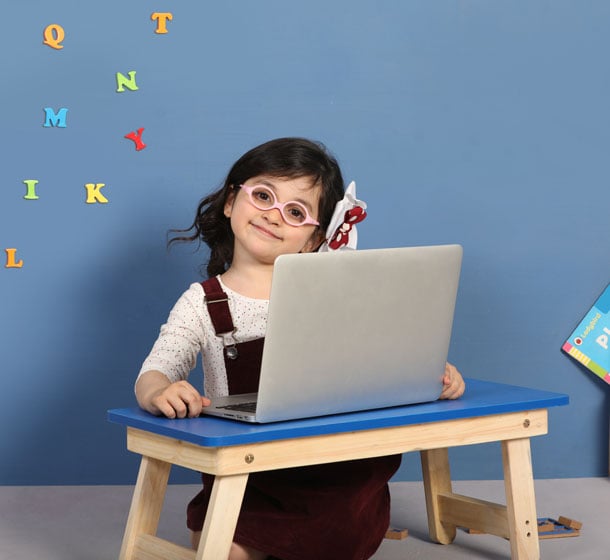 Does Binocular Vision Dysfunction Resolve On Its Own?

Not exactly. Recently, we have witnessed many cases with accommodation excess, which is the ability of the eye to adjust to near and far objects, which could be quite strong in children. “With the increased use of gadgets, children spend a lot of time behind a digital screen; mostly engrossed and immersed in the screen so much so that they forget to even blink,” says Dr. Cherungottil.

“So other than glasses, regulated medicines, and eye exercises, children with binocular vision syndrome also need vigilant parents who can curb such habits. And eventually, introduce healthy eye regimes. Ensure your child takes breaks often and practices eye exercises. The 20-20-20 rule is quite effective among my patients,” Dr. Cherungottil further said.

Another way to protect your kids’ precious eyes is with computer glasses. This provides a secondary layer of protection. Check out our age-appropriate computer glasses list for no fitting and trial issues.

Children Between Two To Five Years

Children Between Five To Eight Years

Children Between Eight To Twelve Years

Eye Expert Tips: 5 Winter Eye Problems And How To Solve Them
Expert Tips On How To Protect Your Eyes This Diwali
Visual Impairment: Causes, Symptoms And Treatment
Can Bangs Cause Lazy Eye? Here’s The Answer…
Seven Effective Daily Hacks For Healthy Eyes
Know Your Eye-Q: Thyroid Eye Disease