Home / Computer Glasses / Migraines Ruining Your Day? Your Digital Devices Are The Culprit!

Migraines Ruining Your Day? Your Digital Devices Are The Culprit!

Ever experienced shooting pain in your head after working long hours on your computer? It’s not uncommon to feel the sporadic headache or rush of fatigue given the busy lifestyles most of us lead. But for many, it is more than just an unpleasant pain that disappears in a while. This headache is often accompanied by nausea, vomiting, and sensitivity to light that can last hours or days. We’re talking about migraines!

Though the cause of migraines isn’t fully understood, genetics and environmental factors appear to play a vital role. There are many different triggers of migraine, each with its own signs and symptoms. Triggers include hormonal changes in women like pregnancy and menopause, alcoholic drinks, especially wine, excessive caffeine intake, stress at work or home, bright lights, sun glare, loud sounds, strong smells like perfume, paint thinner, secondhand smoke, lack of or too much sleep.

A frequently recurring migraine could be a sign of another issue called Digital Eye Strain, caused by overexposure to artificial blue light. 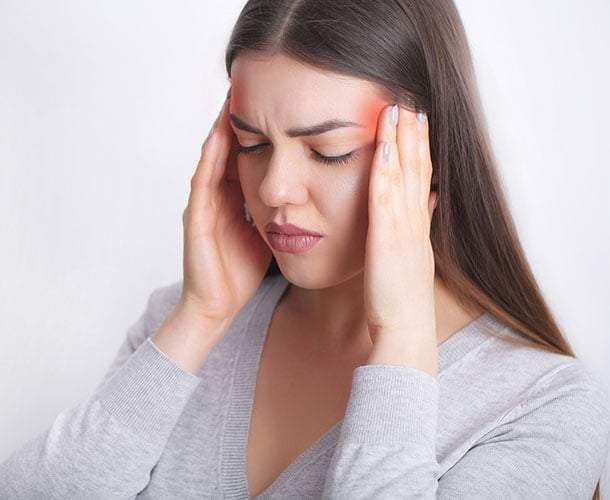 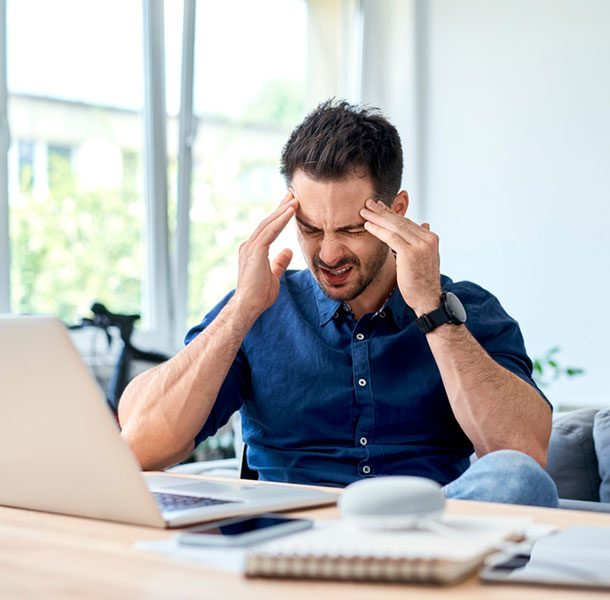 Digital eye strain or computer vision syndrome includes a host of symptoms which include exhaustion, sleeplessness, irritation and unbearable headaches. Experts believe digital eye strain affects almost all computer users. But most importantly, we need to understand if blue light is the cause of chronic migraines. Many scientific findings show the relation between blue light and migraine attacks and headaches in people who are prone to them.

Devices like smartphones, TVs, and computers emit blue light, which we is also emitted by the sun’s rays. In its natural form, it is helpful. But in recent years, we receive more artificial blue light than ever because of our constant use of mobile phones and laptops. Unfortunately, it has negative health consequences. Research has also shown that the blue light emitted from digital devices disrupt our sleep cycles, especially if we spend long hours scrolling through our phones just before bed.

Can Blue Light-Induced Migraines Be Stopped?

We are all guilty of screen time, kids and adults alike. Whether it’s during our nine to five working hours or leisure time scrolling through social media, or watching TV shows. One way to mitigate the effects of blue light is by wearing computer glasses. 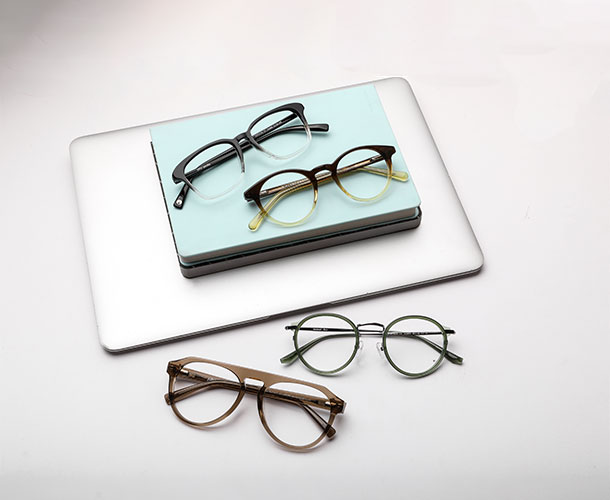 Computer glasses help in reducing blue light emitting from the screen and shield your eyes from harmful fluorescent or LED light fixtures. They help in maintaining the contrast on the screen and reduce the harmful blue light from hitting your eyes. 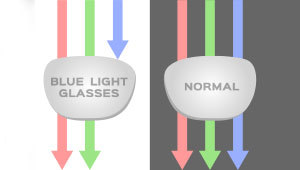 Both headaches and migraines can be caused by blue light from your screens. Migraines cause unendurable pain, making it hard to focus on tasks. This forces you to lunge towards painkillers every day, while these may give you temporary relief, they aren’t the answer to your problems. Computer glasses have specially coated lenses to block blue light. This helps to eliminate headaches and migraines and makes it easy to work in front of your computer without any discomfort. 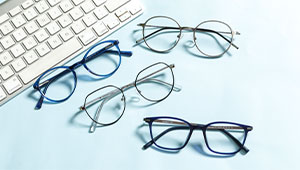 Without computer glasses, you may experience all the symptoms of computer vision syndrome like migraine, dry eyes, and blurred vision after a few hours in front of a screen. Computer glasses not only block the harmful blue light, but also improves your intermediate vision — about 20 to 25 inches in front of your face — which is the optimal distance from your eyes to the screen. 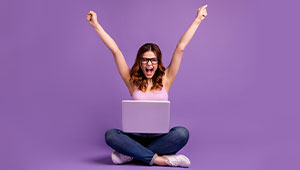 Computer glasses can feature a variety of lenses, such as anti-glare and scratch-resistant coatings, and lens tints, which can filter or block varying levels of blue light. You will no longer have to strain your eyes to see the computer screen, turn up the brightness, or bare your eyes to unhealthy blue light. These glasses are a great way to help you sustain healthy vision. 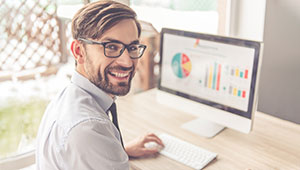 Blue light filter glasses differ from regular glasses as they are specifically made to reduce eye strain associated with digital devices. At Lenskart, computer glasses are designed with a multi-layer coating to reduce glare, deflect blue light and relieve long-term eye strain caused by excessive usage of electronic devices. 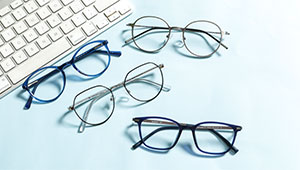 Computer glasses are worth the investment if digital eye strain is negatively affecting your overall quality of life. Whether you are looking for computer glasses for the office or a late-night Netflix binge, Lenskart computer glasses will give you the best protection for your eyes.

Our top computer glasses for you:

What Is Pink Eye And How Long Does It Last?
7 New Year’s Resolutions For Better Eye Health
New Year’s Resolutions 2022: I Will Protect My Kid’s Precious Eyes
10 Home Remedies To Reduce Dark Circles And Puffy Eyes
A Parent’s Guide To Winter Eye Care For Kids In North India
Working From Home? 5 Important Rules To Avoid Eyestrain