Here is insider news. Vicky Kaushal fans do not shriek after reading this. Your favorite star almost rejected his movie Uri: The Surgical Strike because he could not connect with the script. Say what?! Thanks to his father, he decided to play the lead role. We are so glad he changed his mind. What a brilliant job by the actor in the film! What amazes us about this super talented and versatile star is his choice of movies. Right from Masaan, Love Per Square Feet to Raazi, Bhoot, and Sardar Udham Singh, his career has been fantastic so far. Touchwood.

We can go on about his successful career, but his stylish looks, trendy outfits, and accessories deserve more attention. His pictures on social media will make you fall in love with him and his fashion sense. But we are currently smitten by his eyewear; Vicky can carry off any look (businessman, desi, or boy-next-door), but not without his trendy glasses. He knows how to make an influential style statement wherever he goes. We wonder which sunglasses style did he opt for his Sangeet and wedding to Katrina Kaif. Oh well, for now, let’s ogle at a few photos from his profile online. 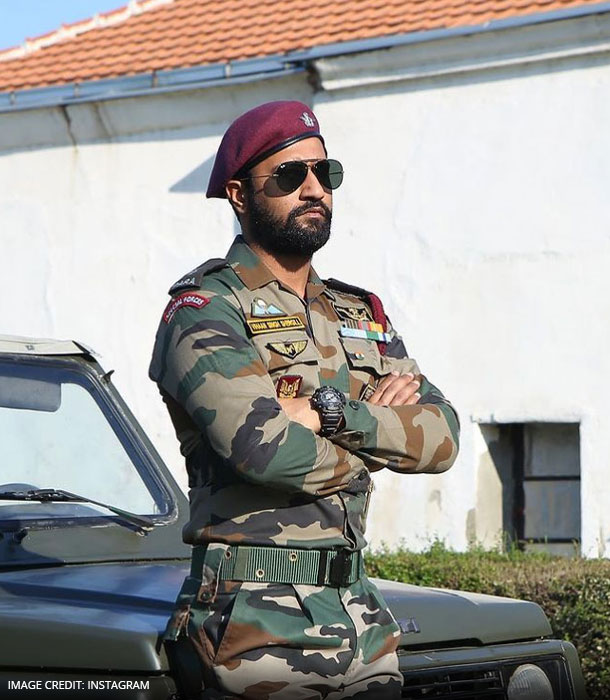 If you have not watched the movie Uri: The Surgical Strike, you have missed out on a lot. First, Vicky Kaushal’s commendable acting skills as Major Vihaan Singh Shergill (*applause*). Second, his slick sunglasses style matches his strong personality. Warning, his drool-worthy rugged army look might make you his crazy fan forever. Apart from his famous dialogue “How’s the josh?” in the movie, he pulled off aviators like a true hero. The classic black aviator sunglasses scream military-grade power and effortless style. No doubt, the film was a super hit!

Vicky Kaushal and Katrina Kaif are at the top of our celebrity list who can nail the tinted sunglasses look like a pro. The newlyweds love colors evident in their outfits and movies. Talk about a match made in heaven! Vicky chose a snazzy pair of red-tinted wayfarers to match his graphic t-shirt and playful character. The cherry on the top is that the frame shape suits his face structure to the T. Doesn’t he look cute and dashing? 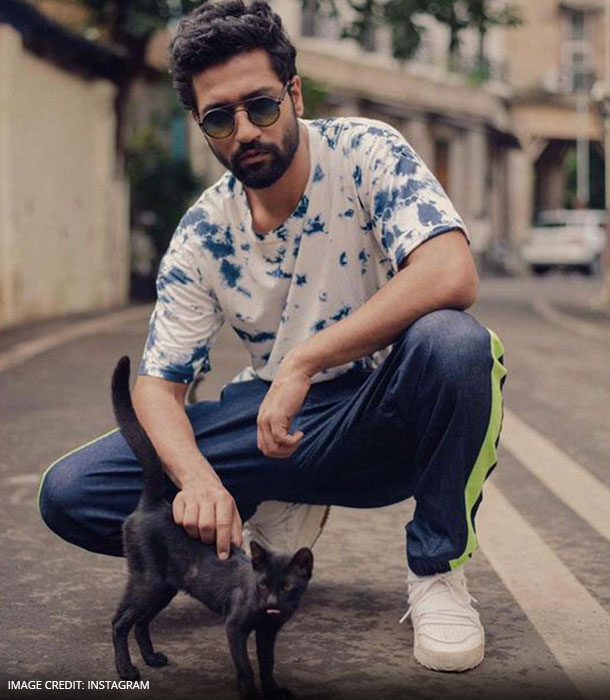 Vicky Kaushal has been in the limelight for his successful roles and his hush-hush wedding with Katrina Kaif, but the Sardar Udham Singh actor is making waves in fashion too! This picture of Vicky on Instagram made our day. We are swooning over his day look, and no one can stop us. His casual style is impeccable—the credit goes to his tie-dye t-shirt, joggers, white sneakers, and the super-trendy pair of round tinted glasses for men. Talk about keeping it easy-breezy in an athleisure fashion!

Get Vicky Kaushal’s round sunglasses here:

#4 Got A Formal Feeling

Vicky Kaushal’s formal look is making us go weak in our knees. I mean, is there any look he cannot pull off? In casual, ethnic, or formal attire, Vicky knows how to make his fans love him more (guilty as charged!). He looks sharp and oh-so-dapper in this checkered grey suit, a contrasting tie, and those brow bar square sunglasses for men that are the perfect statement accessory. Hands down, this ensemble should be an inspiration for all the men to nail that boardroom meeting. Get your sunglasses on and suit up like Vicky for an extra dose of oomph. 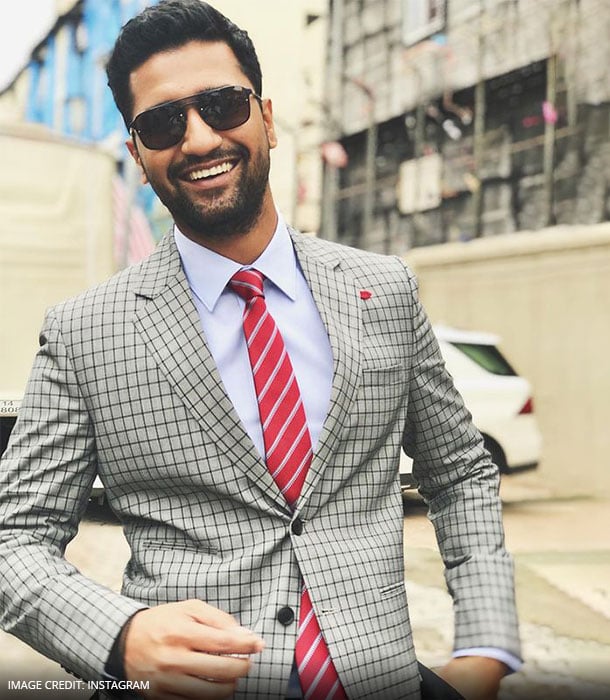 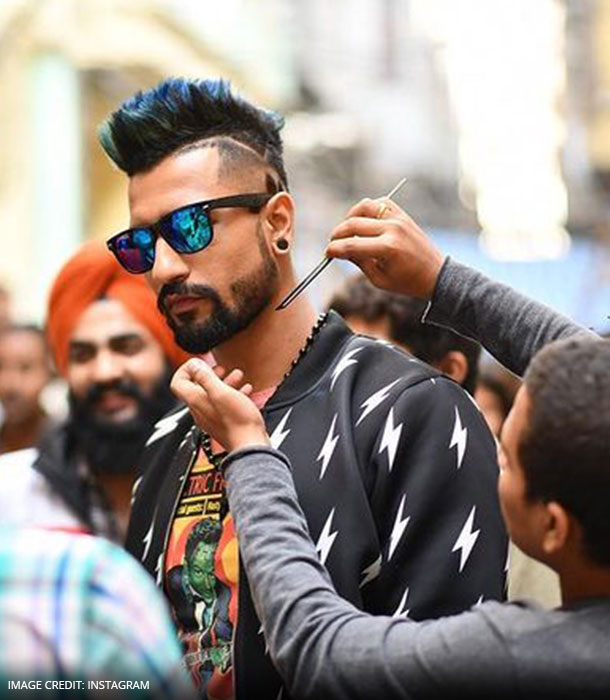 If there is one thing we learned from DJ Vicky in Manmarziyan it is to chill and be carefree. But what caught our attention the most was his swag that matched his personality oh-so-well. The cool spikey blue Mohawk, layers of chains around his neck and hand, distressed denim and an eye-catchy graphic t-shirt, oh, and his super cool blue mirrored sunglasses. Only Vicky (also his name in the movie) can rock a pair of reflector frames like a stud. We love how it added a fun and edgy spin to his outfits. Try the blue or red-tinted mirrored sunglasses for an OTT look.

Vicky Kaushal’s character and look in Sanju impressed us so much that we had to talk about Kamli. He plays Sanjay Dutt’s aka Ranbir Kapoor’s best friend in the movie, and we want someone like him in our life too (*sigh*). You have to watch it to know why! Apart from the major #BFFGoals, we are crushing on Vicky’s sweet, innocent look. Those red rectangle eyeglasses especially! It lends a mature and serious vibe and pairs well with his grey suit and tie. 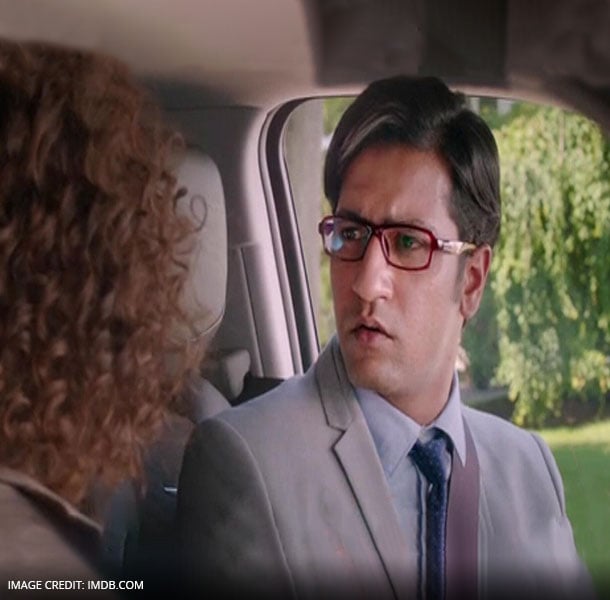 We hope you have taken style notes from the most fashionable star of Bollywood.

You loved him and his looks in Raazi, Uri: The Surgical Strike, and Sardar Udham Singh; now, stay tuned for his upcoming release of Shashank Khaitan’s Govinda Mera Naam. The other films include Karan Johar’s Takht and Meghna Gulzar’s Sam Bahadur based on field marshal, Sam Maneskshaw’s biopic. We cannot wait to see more of Vicky Kaushal on and off the screen. What about you?